Posted by Stephen Neill at 23:44 No comments:

Statement - 21st March 2011
Re: My resignation from Board of Management of Borrisokane Community College
It is with huge regret and sadness that I have tendered my resignation from the Board of Management of Borrisokane Community College. The reason that I felt compelled to take this action was the facilitation by the school in the distribution of political electioneering material by minors and the subsequent refusal of the Principal to acknowledge that this decision sanctioned by him was an error of judgement.
I feel that both the pupils in the school and the Principal are the victims of what a fellow Board member, Cllr Virginia O’Dowd has described as ‘Cute Hoor’ politics on the part of Deputy Michael Lowry. However the school was not required to accede to his request despite his shameful attempt to take all the credit for the provision of the new school in Borrisokane – If one person is to be singled out for credit then the Principal himself is the one who should be given credit for this achievement. Regardless of what undemocratic leverage Deputy Lowry was able to exert on the previous government it represents the worst of parish pump politics and is hardly something to celebrate or use children to promote.
The school could and should have refused Deputy Lowry’s request. There is a reason that minors do not have the vote and to involve them in political electioneering of any kind is totally unacceptable. When this story broke over a month ago I approached the Principal and voiced my concerns. I had hoped and expected that the Principal would issue a statement that would resolve the matter or that we as a Board would have an opportunity to meet and discuss the issue. Neither has happened and in the light of the recent meeting of the VEC where the issue was discussed at length it is obvious that the issue has not been dealt with properly.
The response by the CEO of North Tipperary VEC that it is his fault for not having a policy in place on this issue is an insult to people’s intelligence. No school or institution can have policies to meet all possible situations and it is then that common sense comes in to play. In what possible circumstances could it be right to use children to promote one candidate above another in a national election? It is if anything undermining of democracy itself.
In the light of my colleague Cllr Casey’s decision to resign from the Board of Management I feel that I have no option but to do likewise. To stay on would be to stand over the totally inadequate response to this serious incident. That I cannot do and so with a heavy heart I have tendered my resignation to the Chairman of the Board of Management and notified same to the CEO of North Tipperary VEC.
Canon Stephen Neill
Coverage in Irish Times of story
Posted by Stephen Neill at 17:57 11 comments: 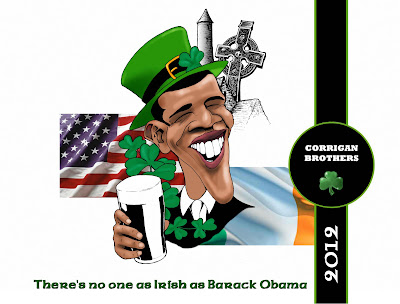 This came totally out of the blue today and was a most pleasant surprise - On the back of the Moneygall / Obama story yours truly gets a mention on Huffington Post - thanks to Megan Smolenyak for the namecheck :)
Click HERE to read the story
Posted by Stephen Neill at 20:05 No comments: