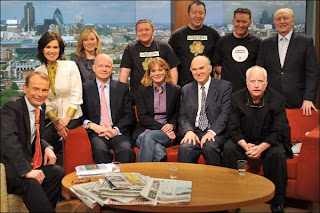 PHOTO:JEFF OVERS/BBC
Yes - It's true! William Hague, Neil Kinnock and Rory Bremner were seen live on BBC this morning bopping and singing along heartily to the Corrigan Brothers' There's No one as Irish as Barack Obama'. The clip which features below is from the Andrew Marr show, cult viewing to those of you who unlike this blogger has other things to do on a Sunday morning!

And if you want more of this tune in to Podge and Rodge tomorrow night (Monday 22nd December 2008)  at 10.30pm on RTE 2 when The Corrigans will be special guests in Ballydung Manor. Not for the faint hearted - Beware!
Posted by Stephen Neill at 13:21 1 comment:

How President Obama would have handled the Shoe throwing incident


Next time this happens we will have a US president better equipped to deal with incoming shoes! President Obama, as the descendent of Moneygall shoemaker Joseph Kearney, will realise that was simply a dissatisfied customer. He was returning his shoes for repair and assumed that all American presidents were experienced cobblers. All that was needed was a little heeling! (Or should that be healing?)
Posted by Stephen Neill at 23:13 7 comments:

TESCO: A Tale of Two Porkys

As customers of Tesco’s Online Grocery service the Neill family value being spared the weekly slalom through the supermarket aisles. Normally the service works flawlessly but recently the wheels have come off the trolleys! Last week, a full 24 hours after the pork ban, Tesco in Nenagh delivered our order with no less than 5 pork products including sausages and ham! The driver was completely oblivious to the ban which was a little bizarre. I decided to phone the store and asked to speak to a manager only to be told by him that the ‘picker’ probably hadn’t heard about the ban! I pointed out that this was surely the responsibility of the management and he said that they had been under pressure lifting the stock off the shelves all night! Bearing in mind that the Pork products are largely confined to two aisles one wonders how on earth they managed to spend all night removing pork products and missed the sausages, the ham, the rashers, the hawian pizzas and the pork chops!

Forgiving folk that we are we persevered, putting last weeks faux pas down to an aberration and patiently waited for yesterday’s delivery….and waited….and waited…and gave up waiting and rang the customer service line. They were hugely apologetic and promised to sort it out. I pointed out that our account status was showing ‘delivered’ when I accessed our online account! Apparently as soon as the van is loaded it is shown as delivered on the system! Anyway a few minutes later a phone call came from Tesco in Navan! Yes Navan! They were wondering why we were expecting them to deliver! Having clarified that we were waiting on Nenagh not Navan we got another call, this time from the driver in Nenagh who was just leaving and would be with us in 20 minutes and laboured over the fact that it was his day off! Not our problem but anyway we waited and waited and waited and almost an hour later the driver arrived with the correct order – Thank God for small mercies! On his day off he had been in the shop as a customer and was asked to do a favour by the manager and do the delivery! The explanation - Wait for it……The rostered driver had gone home to Poland on holidays and hadn’t returned! Far from being on the truck when I rang customer service, the shopping wasn’t even picked!

These two experiences have one thing in common: In the first we were being sold porkys and in the second we were being told porkys!
Posted by Stephen Neill at 22:49 4 comments: 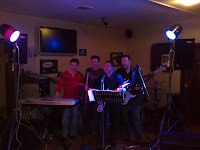 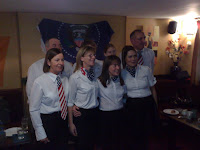 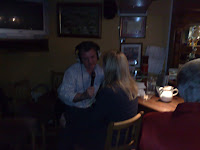 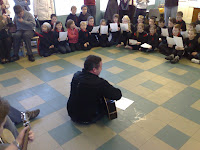 Ger Corrigan performs at Moneygall National School for the children 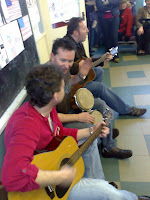 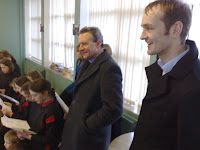 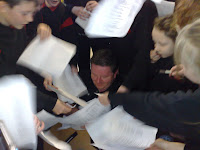 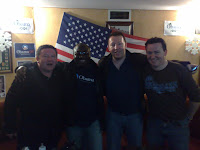 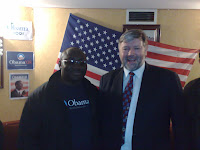 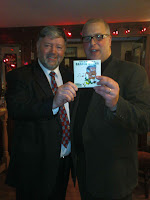 Moneygall 12Noon today  sees the launch of the Corrigan Brothers single: 'There's No One As Irish As Barack Obama' by Universal Records - Watch this space later today for the new video which was commissioned by Universal - A few surprises including a walk on part for PaddyAnglican! 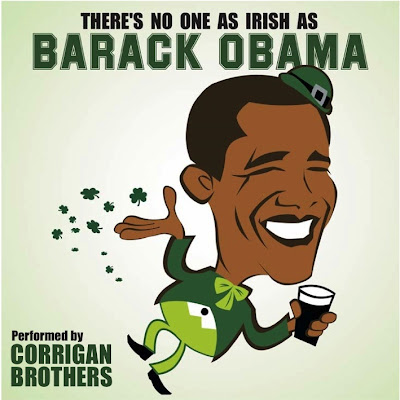 And here is the video - Enjoy!

DOWNLOAD/BUY IT HERE
Posted by Stephen Neill at 10:36 2 comments:

This is my kind of Judge!

A DISTRICT Court judge was given a round of applause yesterday when he criticised the law which prevents young people working after 10pm........At Edenderry District Court Judge John Neilan said: “Stand on street corners, scratch your backside, take drugs but whatever you do, don’t go working. “Young people in gainful employment even an hour over time should not be penalised. It’s far, far better to have them working than floating around, standing on street corners, insulting everyone who passes by.”