CHURCH - It's all about Insiders and Outsiders - Apparently!

So - The Pope in a statement released today, for some reason known only to himself sees it necessary to declare those of us "born of the Reformation" as "deprived of a constitutive element of the Churc 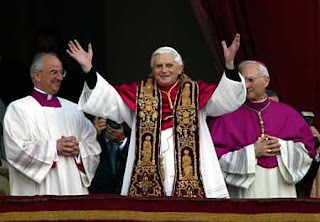 h"....and "cannot according to Catholic doctrine, be called Churches in the proper sense". Nothing new in this - Dominus Iesus (2000) has already told us that we are merely "Ecclesial Communities".

Once upon a time I would have got very angry and worked up about this but not any more - I do find it both profoundly sad and pathetic. Sad because it seems to me that one of the chief works of the Church is to build one another up in Love - to recreate community and not to undermine it - to build bridges not walls - to be merciful not arrogant - to be humble not self-righteous.....I could go on - this statement is so anti-Christian it is almost surreal. 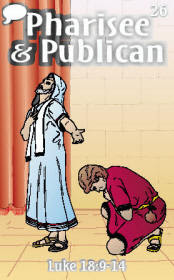 But this line of argument is a dead end too - because its not about numbers, its not about who is in or who is out, its not about who is more worthy (as we are reminded in the parable of the Pharisee and the Publican) or even who can claim an unbroken Apostolic succession - No, what it is actually all about is being a follower or disciple of Jesus Christ - that is the true nature of Church and it belongs to no institution but is open to all - available to all as Jesus was. Infact perhaps true Church is most visible where Jesus spent most of his time - on the margins, with the outcasts, with the broken and those who as the Pope so charitably describes "suffer defects"!

I for one am glad to be on the outside of this pure and flawless Church. I only hope and pray that the majority of those within the Roman Catholic Church who do not think along these lines do not let this Pope further damage and pervert the witness of Christianity in our world. It's hard to reach out to broken people from a perfect Church which brings shame and rejection where what is needed is Love, affirmation and healing.
Posted by Stephen Neill at 23:55 5 comments:

This is a short interview with one of my favourite people - I don't agree with him on every issue but he is one person who gets what Christianity is all about!

Posted by Stephen Neill at 19:39 No comments: