All Politics is Local.....Barack Obama for Moneygall!

I have never been subject to an embargo before – but now as I write at a minute past midnight on 3rd May the embargo has passed and I can share the news! What news? I hear you ask….Well it seems that the Democratic presidential candidate Barack Obama is a parishioner of mine! Ok – 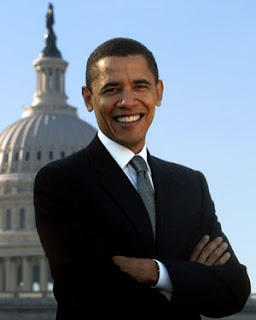 It all started before Easter when I got a phone call from a researcher in who asked me to do a few searches in our parochial records which go back to 1799. We are lucky in this respect as many parishes have lost earlier records and a huge amount of data was lost in the Four Courts fire of 1922. The enquiry was about a Joseph and Phoebe Kearney and their son Fulmouth/Falmouth who emigrated to in 1850. I have to confess that I get a lot of these requests and it was only after the nature of the possible link with Senator Obama was revealed that I fully engaged with the search. The particular records had been in the safe hands of my former parish treasurer who sadly died a few months ago and so I was not overly familiar with them. Thankfully an index had been compiled about 20 years previously which made the task a little easier.

Searching through these records I found Joseph & Phoebe in the context of baptisms of Fulmouth’s siblings and these entries also provided the occupation of Fulmouth’s father, a shoemaker from Moneygall, Co. Offaly which is within my parish boundaries. I sent all this data along with digital images of the records back to the researcher and other members of the team from Ancestry.com / Ancestry.co.uk who made the initial discovery of Obama’s Irish links back in March.

As if all this were not strange enough; on the day I collected the records in question from my late treasurer’s son I had an unannounced visit from a charming couple from who were …. You guessed it….looking for their roots! Sometimes these visits come at a time when I am too busy or on my way out, and so I often ask visitors to make an appointment to come back. However there was something about this couple that made me want to help them and despite the fact I was a bit pressed I invited them in and gave them access to the very registers that I had just collected. I went to my study to catch up on the dreaded admin which is an ever increasing part of parochial ministry. Oh for a secretary….if I was organised enough to delegate….alas probably not!

After a while I returned to see how my visitors were getting on, only to find the lady in tears of joy having found a record she had been trying to trace for 30 years! WOW! Telling my new acquaintance in about this he commented that such ‘SERENDEPITY’ was remarkably common in genealogy research. I can see how people get hooked on this. I think I may be a late convert! :-)

Anyway back to Obama. Today was the day for interviews and I reckon I have done about 15 at this stage including prelims for RTE and BBC in the morning. The highlight was a photoshoot with the Irish Indo in the garden this afternoon dressed in my black suit in the sweltering sunshine striking various poses as directed. Not quite Page 3 but equally embarrassing with the neighbours looking over their fences :-)

Following RTE TV running the story tonight I got a phone call from one of my parish secretaries (1 have 4! One for each church) who had some very interesting information about the Kearney family including documents signed by Barack Obama’s direct ancestors! Not only that but he was able to tell me where the family holding was and where the shoemakers shop was probably located. Can’t beat local knowledge.

So what will all this mean for our little parish? – A senatorial or a presidential visit? Time will tell. 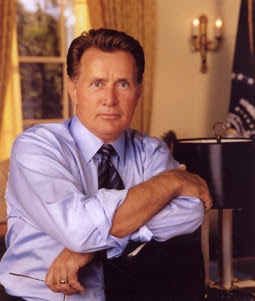 Either way I am sure we will be delighted to welcome Senator Obama to these parts and show him some good Irish hospitality. I am particularly happy (no relieved) that he is a Democrat, and not just a Democrat but a politician who seems to have an integrity and independence that will not be easily manipulated by the inevitable temptations and opportunities for abuse that all power wields.

Mind you Obama is not the only presidential link our parish can boast - Borrisokane parish which is also part of my responsibility frequently enjoys visits from Martin Sheen (aka President Josiah Bartlet of the West Wing) who traces his own family roots to Borrisokane! It's a funny old world!
Posted by Stephen Neill at 01:07

Well, well, well, Stephen! We have a celebrity in our midst. You I mean, not yer man, the Yank ;o) Being interviewed for the papers and all.

I read about this in the Indo yesterday. Pity they didn't put a link to your blog - you'd be getting major hits by now.

Thanks primal....(takes an undeserved bow)....been a mad 48 hours...over 30 interviews and 7 radio shows yesterday! Got CBS TV coming over to do a feature as well - maybe they'll put my url up on screen :-) Mind you after yesterday the life of a hermit is beginning to look quite attractive..........ok I exaggerate - secretly enjoying the madness!

Oh, I nearly forgot: The Eolaí lad over at Irish KC just posted his take on this.

I think he must be bugging my phone! Very close to the truth! ;-)

Stephen, what a great write-up. I always felt that we were at the centre of something here . . and this is just the ripple. Wait til we get closer to the Centre! It's good to see the parish extending it's links around the world. Talk soon.

btw - you've been busy beefing up this blog! Lookin' good!

Thanks Shane :-)We live in interesting times!