This is how we fix the Anglican Communion - Light not Heat! 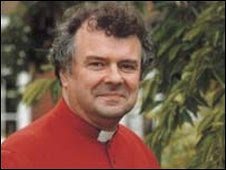 Just back from a couple of days in the diocese of Kilmore where I enjoyed the company of fellow clergy in looking at the issues surrounding multi-church rural parishes. The conference was led by Jeremy Martineau (Faith in the Countryside) and was most helpful if challenging.
On a totally different subject the following was in my inbox on my arrival home and I thought it worthy of sharing. It is an address by Bishop Michael Perham to his clergy in Gloucester anticipating the ordination of Canon Mary Glasspool as an Assistant Bishop in the Diocese of Los Angeles in California, an event which has now taken place. Unlike many contributions to this discussion it contributes I think more light than heat which in hindsight I wish were the case with some of my contributions over the years! It is not at all one-sided and does chastise TEC for undue haste in this consecration but it also puts some useful perspective on this
development. Well worth a read and perhaps the kind of thinking that may one day lead to a healing of our sad divisions.
------------------------------

a very useful read. I was interested in the status of those ordained by women. With my lower view of ordination, it doesn't really matter who ordained the person - even Gene Robinson or Mary GP - they are merely (not intended perjotatively!) representative of the church community. Likewise with the traditional approach to the celebrant - his/her personal spirituality does not make the communion more of less valid.

Stephen, as member of the Episcopal Church in the US, the letter made me quite sad. Are we are to wait for the African churches to catch up with us? There are provinces in Africa in which the bishops don't speak out against jailing gays and lesbians. How long must we wait for their approval for a gay bishop?

The time has passed in the US for patient conversation. If a church chooses not to allow women bishops or faithfully partnered gay and lesbian bishops, that is their right. To the majority of us in the Episcopal Church, not all to be sure, that all the orders be open to all the baptized is a matter of justice and equality. As Bishop Barbara Harris, the first woman to be ordained a bishop in the Episcopal Church says, "How can you initiate someone and then treat them like a half-assed baptized?"

As for the validity of Holy Orders, that anguishes so many, I pretty much agree with Anonymous up there.

Anonymous - thanks for your reflection.
Mimi - I hear you and most of me wants to / would on most days agree with everything you say and yet recently (rightly or wrongly) I have come to the conclusion that we must acknowledge that what is involved here is the clash of the pre-modern/modern & postmodern world views and also that not all of those who oppose the ordination of people who happen to be gay are necessarially homophobic. I happen to agree with the stance of TEC/ECUSA but if TEC/ECUSA is going to provide leadership on this issue it needs to stay in sight of the rest of the Communion - Hearts and minds are being changed on this issue because we are still in communion with ECUSA/TEC, but leaders who get too far ahead will no longer lead. I don't know if that makes any sense?

Stephen, I don't for one minute think either you or Bp. Perham is homophobic, however, your statement reminds me of the, "Some of my best friends are gay, but...." excuse. My gay and lesbian friends don't buy the excuse any longer, and I don't blame them.

TEC has no intention of withdrawing from the Anglican Communion. We want to continue our fellowship with churches throughout the world. I pray that hearts and minds will continue to change as we carry on with our conversations. We understand that we may be excluded from the AC because of our actions, and we will regret the exclusion greatly.

However, if we view ordaining women and gays and lesbians in faithful partnerships as the right thing to do, then we must do so. We no longer think that we can ask our gay brothers and sisters to bear with exclusion for the sake of holding the AC together. We see including them in full membership as a Gospel imperative. Others see it differently, but we must do the right as we see it, and even if we are wrong, we must trust that God will lead us back to the right path if we have gone astray.

Mimi - I don't disagree with anything you say for a moment apart from the 'some of my best friends....' line which I think is unfair. I am 100 % behind full inclusion of ALL - but simultaneously I am saddened at the bitterness of division which certainly does nobody any good - I continue to affirm what Bishop Perham said as a helpful way forward and one that does not denigrate those who are gay any more than they have admittedly been already. The principle of liffing with difference is an important one - It is a sad day for all those in the AC if the only way we can continue to be authentic is to go our own way and give up on the possibility of living side by side with those who we do not see eye to eye on every issue.

Stephen, I'm sorry if I gave offense. I sometimes forget that I don't have to speak every thought that pops into my head.

I lived through the civil rights struggle in the US in the 1950s and 1960s. Leaders in the movement were told time and time and again that the time was not ripe for African-Americans to have the same rights as everyone else. I can't help but compare the struggle for gay and lesbian rights to the civil rights movement for black Americans in the US.

We are the Christian church. How, in heaven's name, can we ask our brothers and sisters to wait longer for full rights in the church?

As Martin Luther King said, "A right delayed is a right denied." Forever and ever. Amen.

Hey no offence - friends can have robust conversations :)
I agree but I think reading between the lines so does the bishop - and yes those who have been abused by prejudice have suffered long enough

If you agree, then mustn't you act? For now, the action may mean no more than speaking plainly in favor of the rights without qualifying words and without others having to read between the lines.

I realize that tensions and emotions in the Church of England over the matter run high at the present time. I don't know about the Church of Ireland. But don't think we have not paid a price in TEC for our stand. We have a parallel church in our midst, which claims to be the true church in the Anglcan Communion in the US.

You know, if Jesus had moved slowly and deliberately, there would be no Anglican Communion, no Christian church at all.

Stephen, I tweeted you a couple of months ago to ask how the Church of Ireland felt about this ordination and you seemed not to be aware of it. Glad you are now & thanks for the post.

The Bishop of Gloucester's address has a lot to chew on. I approach this as a non-Anglican, but with some direct experience of the Church of England in my youth, and many Anglican connections among my friends and church life.

I respect Bishop Michael's position that while "the current stance is not tenable long term... it must be the task of the bishop to uphold our agreed policy" while it finds a way to hold the Anglican Communion together and accommodate difference. Bishop Michael's discussion raises some other questions about how difference in opinion might be accommodated.

The classifying of first and second order issues is sophisticated, but it is also arbitrary and fluid. Even now within the Anglican Communion, "first order" issues including the authority of the catholic creeds and necessity of baptism are being questioned or redefined by some communicants quite openly.

I've recently been reading Hilary Wakeman's books, which have been very illuminating on how even the existing language can be used to view the fundamental teachings of the church afresh, and differently to how they were interpreted for many centuries. The Anglican Communion today holds many different theologies among its members (can one speak of "Anglican theology" in the singular any more?). Diverse positions on social issues and church practice are a reality.

As Bishop Michael seems to suggest, while the ordination of men only may have once been a first-tier issue, it is now a second-tier one. Will there be a "first order" of teachings that all Anglicans affirm in the future? Will it become less rigid? Or will it in future be more meticulously defined, as has been the case in the Roman Catholic church?

Also, I agree with Mimi that waiting for the whole Anglican Communion to adopt a unified position (or find a way round to accomodate difference) is no longer tolerable. I believe the insistence on "waiting" could be said to have been misused to buy time for indecisive leaders and exert influence unfairly, causing damage to the movement.

While I believe the Anglican Communion is right to seek ways of accommodating difference through policy and procedure - namely on the ordination of women, gays, or even gay women - the Communion must accept that it cannot delay people's (and individual member churches') actions indefinitely until the lengthy process of an "agreed position" is signed off, especially when inaction is seen to lead to injustice.

Those who consider certain of my views to be on the fringes should also know that I am completely orthodox in my beliefs. I say the Creeds honestly, with no crossed fingers. I believe in the bodily Resurrection of Jesus and of the rest of us, because I don't see how resurrection can be other than of the body.

Tim, you're right in that if you took a survey of Anglicans on the meaning of the words in the Creeds, you'd hear a wide variety of commentary.

(can one speak of "Anglican theology" in the singular any more?)