Crazy World - Irish Rugby, Spiderman 3 and the Gardai in Lusk 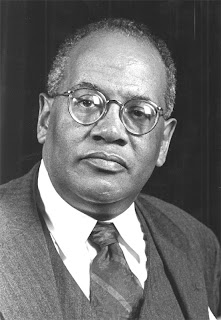 a funny sort of a day today – busy, but with some time to reflect on the absurdity of existence. I spent a lot of time in the car and listened to various stuff downloaded from itunes, including a wonderful sermon preached by Peter Gomes of Harvard Memorial Chapel last Sunday. The sermon had the title: “When things don’t go your way”. It was a superb argument for the importance of making mistakes, which might sound strange but Gomes made a convincing argument for the case that it is through our mistakes rather than our successes that we grow and develop. Our mistakes pull us up short and cause us to ask the ‘Why’ questions of life and to reflect on what we are doing wrong so that we can move on and do better. Gomes even goes so far as to suggest we should be ‘thankful’ for our mistakes!

In light of this I couldn’t help but think of the Irish rugby squad and coach Eddie O’Sullivan. I watched t 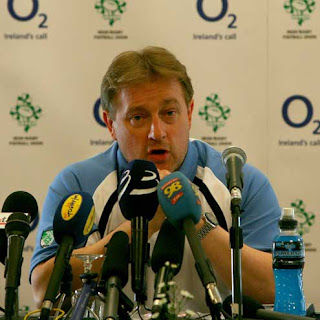 he immediate aftermath of the defeat by last Sunday afternoon and was disgusted by the crass ignorance of TV3 reporter Sinéad Kissane who asked if, in light of the Irish performances in their pool, he would now consider his position. This to me was depressingly symptomatic of the ‘One strike you’re out’ culture which now defines Irish society. In this rarefied environment failure is unacceptable and carries an immediate and terminal penalty. This is a pessimistic culture which assumes we are defined by our past with no hope for a better future – once a failure always a failure! Such a society that cannot accept failure and learn from it is dehumanising and demoralizing. It ensures constant frustration and ultimately destroys the learning curve that is part of life. To use a basic if not base analogy: When potty-training a child do we expect a constant and unbroken

progression or do we resign ourselves to the inevitability of the shit occasionally hitting the fan rather than the potty? One of the things that appeals to me about Christianity is the expectation that we will make a balls of it on a regular basis – and that despite this we can pick up the pieces and start again. We may live in a post-Christian but this is one element of Christianity that even the most militant secularist might usefully take on board. The alternative is a very ruthless and cruel society where success is the new God and failure the new leprosy!

This afternoon I got a phone call from my wife who is in on business. She had called to confer over a gift for our son. She was in Woolworths and saw ‘Spiderman 3’ DVDs on sale and was checkin

g whether he had already got the film. I was able to tell her that he had not and so she decided to buy it as a “I’m home – sorry for going away gift”. A few minutes later another call from – “It’s not available yet! – It’s only on pre-order! – all the DVD boxes were empty! – The displays were just an enticement to purchase something that didn’t exist! Being in a reflective and profound mood this immediately struck me as another perfect example of the impatience of our culture – not only can we not wait for success but we can’t wait for anything and if we can’t have it now then we console ourselves in purchasing an option on future fulfilment. Talk about insecure!

ncement that the Lusk enquiry had sensibly ruled that the armed robbers who had threatened the lives of innocent civilians by their actions had had ample opportunity to surrender before being shot. Thankfully the political correct bleeding hearts lobby had been frustrated in their attempts to blame the gardai for their deaths. I was surprised at Connor Brady (who I thought quite sensible in his previous Irish Times incarnation) and his inept and clumsy intervention in the procedure. There is no question that any death involving members of the gardai should be investigated but that does not mean that the integrity of the force should be undermined by unsubstantiated claims of undue force. Those who live by the sword die by the sword. If gar

dai are met by armed (or possibly armed) criminals they have every right to protect their own lives and the lives of innocent civilians with lethal force. I don’t see why any guard should have to risk their own life on the possibility that a criminal may or may not fire on them. If a criminal carries a gun then they have already determined the rules of engagement for themselves and anybody who accompanies them. Excuse the pun but we need to cop on and support the gardai who face the real ‘One strike you’re out’ situations on a daily basis!

I wish I had your Christianity.

Those Guards should shoot Eddie O Sullivan for being an arrogant control freak.

Ahha! - now that was the vital missing element in my posting - ties it all together very nicely ;-)